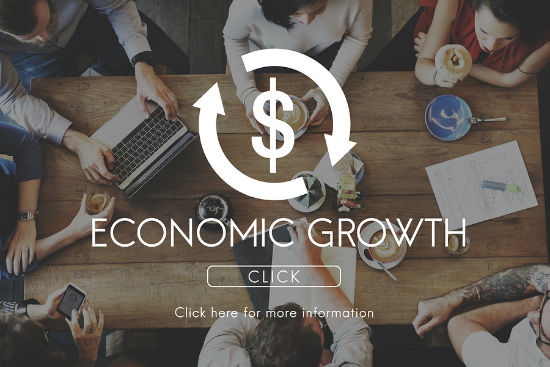 The return to annual economic growth of three per cent may not be an aberration.

A leading index of economic activity, which indicates the likely strength of the economy in three to nine months time, has posted its strongest result in almost three years.

The Westpac-Melbourne Institute index suggests the economy is likely to continue growing around its long-run rate of about three per cent.

“That outlook is consistent with Westpac’s forecast for growth holding steadily around a three per cent pace over the course of both this year and next,” its chief economist Bill Evans says.

The quarterly national accounts released earlier in September showed the economy grew at an annual rate of 3.3 per cent in the year to June, its fastest pace in three years after limping along at around two per cent a year earlier.

New Reserve Bank governor Philip Lowe will get an opportunity to say what he thinks about the outlook when he appears before the House of Representatives economics committee in Sydney on Thursday.

Mr Evans is not expecting the central bank to change its cash rate anytime soon, unless the official inflation report on October 26 shocks.

“Signs of stability in the real economy … point to steady rates being the most appropriate policy,” he says.

Another positive for the outlook was a separate report showing job advertising on the internet grew by a further 0.9 per cent in August to 7.8 per cent over the year, remaining close to a four-year high set in June..

Department of Employment figures showed demand rose for four of the eight occupational groups it monitors and just one jurisdiction, the Northern Territory, reported a fall in advertising in the month.

The Housing Industry Association report, which ranks Australia’s largest residential builders, found there were 69,161 starts in the last financial year, pipping the previous record of 69,100 set in 2003/04.

However, HIA chief economist Harley Dale says while the short-term outlook is healthy, beyond this year it gets “muddier”.

“The broad-brush approach to credit restrictions applied by (banking regulator) APRA, together with the cash-grab transaction costs levied by some state governments on foreign investors, exacerbate the downside risks to new home construction and therefore the broader domestic economy,” Dr Dale said.