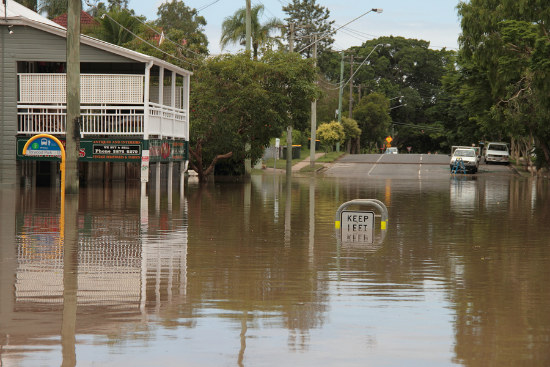 A key economic development body says Australia needs to start considering the cost of carbon emissions and establish a National Risk Register to help it plan for disasters associated with climate change.

A new report from the Committee for Economic Development of Australia (CEDA) says that an estimate of the social cost of carbon and other greenhouse gas emissions – that is the economic damages associated with increased emissions – is needed to evaluate responses to climate change.

CEDA on Tuesday suggested that Australia set up a National Risk Register similar to the UK’s National Security Risk Assessment.

A register could examine strategies to manage the probability and consequence of adverse climate events, which are already getting larger and resulting in growing economic loss.

“Appreciating the nature of the risks facing regions can help reduce the consequences of climate risks,” CEDA said in the report, titled Australia’s Economic Future: an agenda for growth.

CEDA used the flood-prone town of Roma, in Queensland, as an example: had a levee been built in 2005 to protect the town from flooding, construction would have cost $20 million.

But a levee was not built until recently, and since 2005 the public and private sectors had incurred a flood repair bill of more than $500 million.

CEDA also said establishing the social cost of carbon would help quantify the different costs and benefits of options to mitigate climate change.

The social cost of carbon is an estimate of the economic damages associated with a small increases in greenhouse gas emissions, covering changes in agricultural productivity, human health, property damage and changes in energy system costs.

CEDA does not exclude nuclear power as a potential area for development of low greenhouse gas emission technology.

But as with all energy sources, it requires a robust regulatory regime and should have community approval.