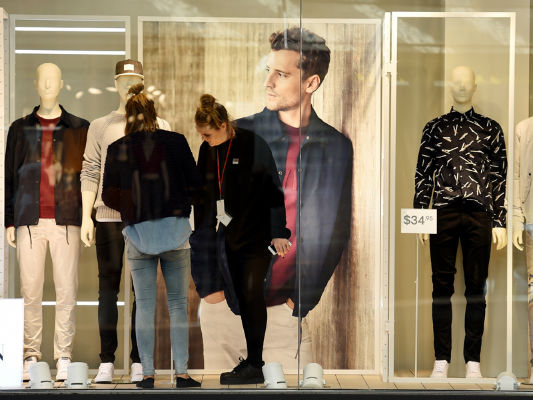 The RBA left its key interest rate on hold at a record low of 1.5 per cent earlier this month, after making two 25 basis point cuts earlier this year.

In the minutes of its latest board meeting, released on Tuesday, the central bank said it thought at the time that economic growth in the first half of the year had been “close to potential”.

That was confirmed by the national accounts earlier this month which showed the economy expanded by 3.3 per cent over the year to June.

But it noted while household perceptions of their personal finances were above average following the two previous rate cuts this year, consumption spending was around average and retail sales had actually declined in recent months.

The RBA said borrower households had two to three times more debt than lender households – those with net interest-earning investments – had assets, so interest rate changes were more likely to change their cashflow situation and their spending habits.

But the central bank said it was likely borrowers have been concentrating on paying off debt rather than shopping.

“Since the global financial crisis, borrower households have been likely to use more of an increase in their cashflow from any source to repay their debt, which might imply a delay in the response of consumption spending to low interest rates,” the official minutes from the RBA’s September 6 board meeting said.

The Reserve Bank also said low interest rates were yet to trigger increased borrowing and investment by non-mining businesses either.

The RBA noted that recent capital expenditure survey showed non-mining investment had remained little-changed over the past few years.

“Uncertainty about future demand growth appeared to be weighing on non-mining business investment,” the minutes said.