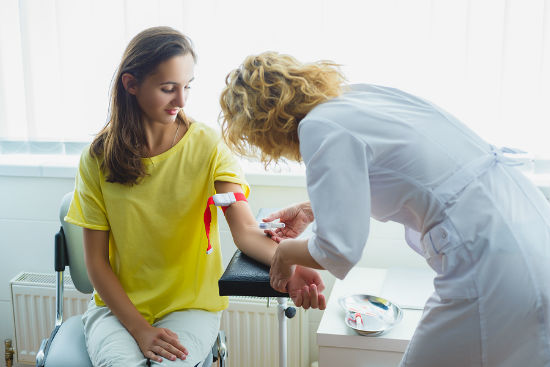 John Crothers isn’t the first person to put off having his regular cholesterol check because of the required eight-12 hours of overnight fasting and early morning appointment for a blood test.

It’s a scenario millions of Australians face each year, with many delaying or missing the test because of the inconvenience and potentially putting their health at risk in the process.

But moves are afoot to introduce new guidelines removing the need for many patients to fast before giving a blood sample used to check their cholesterol levels.

The idea has been mooted by the Australasian Association of Clinical Biochemists after research recently published by European experts said it wasn’t always essential for people to fast before undergoing cholesterol tests.

Mr Crothers, who has high blood pressure, says not having to fast before his cholesterol tests would help ensure he and others like him, turn up for much-needed regular checks.

“I’ve certainly put it off before because it’s inconvenient and I suspect that’s not an uncommon occurrence for someone in my situation.

“Everyone has a busy lifestyle so it’s another thing to think about and plan for.”

Mr Crothers, who chairs Pathology Awareness Australia, says an estimated 20 per cent of people don’t show up for their pathology tests.

Some who do turn up have to reschedule because they’ve forgotten to fast.

Research published in the European Heart Journal in April said that for most people fasting had only a small effect on lipid profile tests, which check for abnormalities such as high cholesterol and triglycerides, a type of fat.

Chemical pathologist professor Graham Jones said while some patients would still need to fast before a lipids test, about 90 per cent could probably eat and drink as normal before rolling up their sleeve to have their blood sample taken.

He said an official recommendation in line with the European research is likely to be included in Australian guidelines next year, but noted that some pathology laboratories and doctors were already accepting blood samples from people who hadn’t fasted before lipid tests.

“Patients should seek advice from their doctor and if their doctor wants them to fast that’s what they should do,” he said.

“But if you want to ask your doctor if no fasting is ok, that’s a reasonable thing to do.”

More than two million cholesterol tests were performed in Australia during 2015-16.