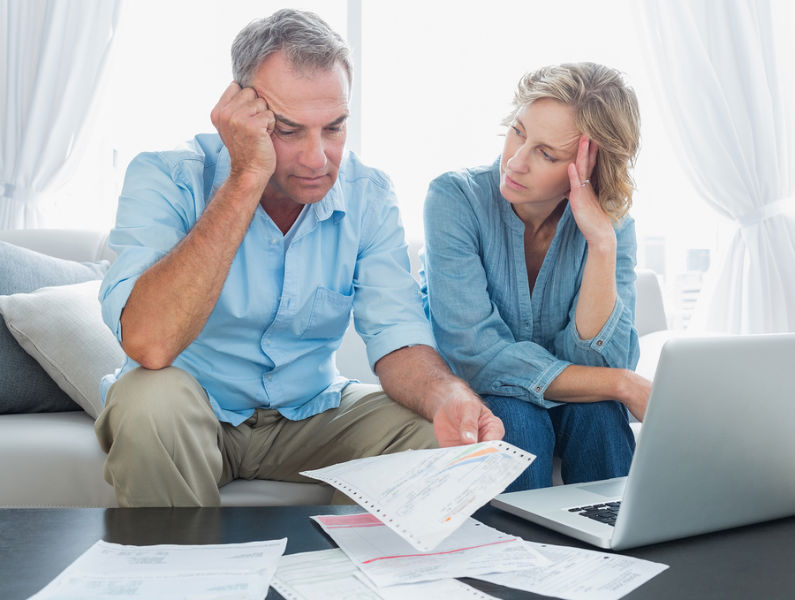 The Australian government has passed legislation for a $1,500 per fortnight wage subsidy for eligible employers amid the coronavirus. Check your eligibility, how much you’ll get, when it will be paid and how it works with the jobseeker payments

The Morrison government has passed a $130bn support package with a new jobkeeper payment – a wage subsidy to keep Australians in work.

So who exactly is eligible for this payment and how much will they receive?

How much is the payment worth?

The federal government will pay eligible employers $1,500 per fortnight for each eligible worker, about 70% of the national median wage.

Jobkeeper is about $400 a fortnight more than the $1,100 jobseeker payment with the coronavirus supplement for those out of work.

Who is eligible for jobkeeper?

In order to receive a payment, both the employer and employee must meet eligibility criteria.

Public sector employers (and, by extension, their employees) are not eligible for jobkeeper – and on 3 April the national cabinet clarified that this also applies to local councils. Partnerships are eligible but can only claim on behalf of one partner and the employees of the business.

On 24 April the government announced special purpose services entities would be subject to a modified turnover test, measuring the revenue decline of the related entities using the services of the employer entity.

The government estimates that 6 million workers will receive this payment. Gig economy workers will be covered, as they are sole traders.

What if I am on a temporary visa?

Scott Morrison explained that New Zealanders on 444 visas would get the payment because “they are part of an ongoing economy in Australia”.

“We are about keeping them part of it economy because they are part of what happens on the other side,” he told reporters in Canberra.

The government has announced it will allow backpackers to extend their stay in Australia and most temporary visa holders to access superannuation payments early.

Seasonal workers will be exempt from a rule that normally prevents them from staying with the same employer for more than six months.

Any seasonal workers will have to self-isolate for 14 days before they start working in regional communities.

How will it be paid?

Eligible employers will have to pay $1,500 per fortnight per eligible employee from 30 March 2020, and will be reimbursed monthly in arrears starting from 1 May.

Employers have until 8 May to make payments for April, but can join the scheme at any time. Jobkeeper is legislated to continue for up to six months.

Eligible employees will receive from their employers a minimum of $1,500 per fortnight, before tax. Employers are able to top up the payment.

If an employee ordinarily receives less than $1,500 in income per fortnight before tax, their employer must pay them, at a minimum, $1,500 per fortnight, before tax. It is therefore possible for a long-term casual or part-time worker to receive more than their ordinary pay.

However, employers have gained new powers to change the ordinary hours, duties and location of work, meaning they may vary work to match the $1,500 payment. They cannot vary workers’ ordinary rate of pay.

What if I was stood down or sacked?

If an employee has been stood down, their employer must pay their employee, at a minimum, $1,500 per fortnight, before tax.

This means that employees of businesses that shut down due to various restrictions – such as cafes, restaurants, theatres, casino workers and the like – will continue to be paid even if they are not working.

If an employee was employed on 1 March 2020, subsequently ceased employment with their employer, and then has been re-engaged by the same eligible employer, the employee will also receive, at a minimum, $1,500 per fortnight, before tax.

Treasurer Josh Frydenberg said this payment “changes the equation” and he expects employers who were forced to lay off workers may now “put them back on the books”.

When will it start being paid?

The subsidy will be backdated to start on 30 March, with the first payments to be received by employers in the first week of May.

In the meantime, employers must pay their employees $1,500 fortnightly and then claim the money from the first week of May.

Jobkeeper operates with a one-in all-in principle, meaning that once an employer decides to participate it must pay jobkeeper to all eligible employees who complete nomination forms.

Employers must continue to pay the superannuation guarantee on regular wages but it is up to employer whether they pay superannuation on additional jobkeeper payments.

For example, a worker who ordinarily receives $1,000 a fortnight plus superannuation will receive the $1,500 jobkeeper payment, with superannuation paid on the first $1,000 and the employer able to decide whether to pay it on the last $500.

Can I get the jobkeeper and other payments?

On 30 March, Scott Morrison said a person receiving the jobkeeper payment could not also receive the jobseeker payment (formerly Newstart).

On 20 April, a spokesperson for the Department of Social Services clarified that the “vast majority” of people could not receive both payments because the $1,500 a fortnight jobkeeper payment “exceeds the typical income limit for jobseeker which is $1,086.50”.

However, some people may qualify for both because jobkeeper counts as “ordinary income” and there are categories of jobseeker recipients, such as single parents, with a higher income threshold.

People who have already applied for jobseeker can withdraw and shift to jobkeeper payments if they are re-engaged by their employer.

A person cannot be in receipt of jobkeeper payments from two or more employers.

What about eligibility for jobseeker payments?

Eligibility has been expanded. Previously, Australians out of work were not eligible for the jobseeker payment if their partner earned $48,000 or more.

However that has been changed and now people will be eligible for job-seeker payments unless their partner earns $79,762 or more.

Does this require legislation?

Yes. Parliament reconvened on 8 April with a smaller than usual sitting in Canberra to pass the stimulus package.