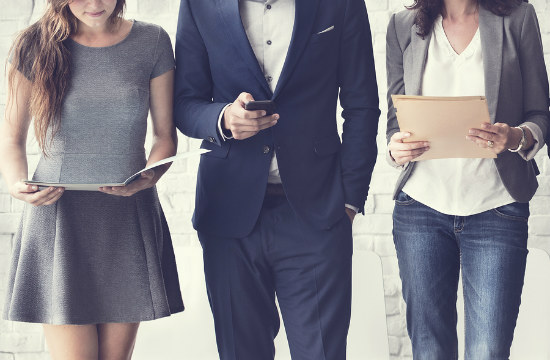 Job vacancies have risen, but they haven’t risen enough.

Even after nearly three years of edging up in fits and starts, the government’s measure of job vacancies is still barely half the level seen just before the global financial crisis.

There were 167,523 jobs advertised in June, up less than one per cent from May, seasonally adjusted.

It was another month of the same plodding growth that’s lifted vacancies by 21 per cent from a low of 138,062 in September 2013, according to figures from the Department of Employment.

That’s still 22 per cent below the post-GFC high of 215,607 in March 2011 amid the government stimulus and low interest rates that rescued Australia from the recession that afflicted most developed economies.

In other words, the jobs market may have warmed up a little, but it’s well short of boiling temperature.

Official May jobs figures from the Australian Bureau of Statistics last week told a similar story.

Unemployment has been stuck at the same level, 5.7 per cent, for three months, and it’s down only marginally from 5.9 per cent a year ago.

In the minutes of its June 7 monetary policy meeting, released on Tuesday, the RBA said “employment growth appeared to have lost some momentum following very strong growth in late 2015”.

The RBA, like everyone else, had been sceptical of figures showing a burst of jobs growth late last year, and it’s now clear that those doubts were completely justified.

So conditions in the labour market have hardly changed from a year ago when they were were producing the slowest wage rises on record.

This combination of tepid jobs growth and slow wage rises and has done two things.

One is to put the brakes on growth in household income, and therefore consumer spending and business investment.

The other is to put downward pressure on price rises.

Wages are the biggest business cost, so when wages growth slows so do price rises, as competitive pressures keep profit margins slim.

Inflation has undershot the Reserve Bank’s two to three per cent target band for a year and a half now, the longest below-target stretch since 1999.

The central bank’s preferred measures of underlying inflation are at their slowest in the 33 years covered by the data.

And if that series were to be calculated for earlier times it would probably show inflationary momentum is at its weakest since the “credit squeeze” of the early 1960s.

When the RBA decides on another interest rate cut in August, as seems reasonably likely, it will probably cite low inflation as the reason.

But weak employment growth will really be to blame.