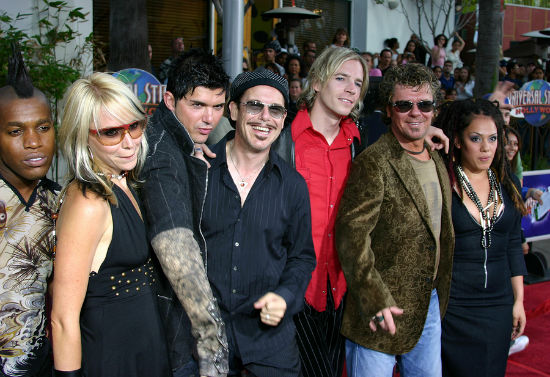 The future looks set for an onslaught of everything INXS including musicals, movies and music.

Universal Music will become an investor in Murphy’s independent label, the home of INXS recordings outside of North America.

A documentary on the life of the late INXS frontman, Michael Hutchence, is already in the works from UMG and Passion Pictures, the production company behind the Oscar-winning documentary on musician Rodriguez, Searching For Sugar Man.

Murphy already revealed he supported this and that the proceeds from it will benefit Hutchence’s daughter, Tiger Lily.

However, the documentary announcement came after Sydney entrepreneur Ron Creevey and LA producer Danny Saber had already revealed that they would be releasing a documentary on Hutchence’s life, along with 15 previously unheard songs recorded by the frontman.

It seems the partnership between UMG and Petrol has a variety of projects up their sleeves.

Murphy signed INXS to Petrol Records in 2009 with a “Band to a Brand” strategy, having managed the band from 1980 to 1995. The strategy included TV, film and live events including the 2014 Seven Network INXS TV mini-series, Never Tear Us Apart.

“Once a upon time the music business was a very simple place (industry) to be involved in, find an artist, record and release, then do a tour,” Murphy said.

“These days we operate within a very complex entertainment industry where many are at odds with this new paradigm. Sir Lucian (Grainge – chairman and CEO of UMG) and his team are on the money and focused for the future so it is my complete delight to be working with him and his vision. From musicals to movies we have the future of music covered together.”