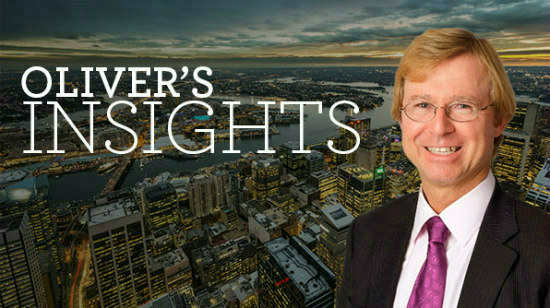 Infrastructure is seeing solid interest from investors. Not only does it offer relatively attractive yields and return potential, it’s also a good diversifier. With ultra low bond yields and equities limited by constrained growth prospects, infrastructure can provide a source of relatively stable returns underpinned by reasonable yields and inflation linked revenues. This note reviews the key characteristics of infrastructure and its role in a diversified investment portfolio.

Infrastructure — what is it?

Infrastructure assets typically follow a lifecycle that see them start off as greenfield assets where yield is low but capital growth is high, through to mature assets where yields are high and growth potential is more in line with the economy. As such infrastructure assets are subject to different risks at different stages of their lifecycle. Most investors are reticent to accept greenfield risk, where demand may not be assured. Consequently, many investors focus on mature operational assets, where patronage has already been proven.

Prior to the late 1980s most infrastructure assets, particularly in Australia and Europe, were owned by governments. Since then, the desire to reduce public debt and a focus on efficiency have seen a shift towards private sector ownership.

Infrastructure investments typically have high upfront capital commitments but low operating costs. They are long duration assets often with a life of 30 or more years, and can benefit from significant barriers to entry, a dominant market position and relatively predictable cash flows and operational risks. The predictability of cash flows is because consumer demand for their services is usually stable, growth in infrastructure tariffs is often regulated to link to the rate of inflation, huge capital requirements provide barriers to entry, operating costs are usually low and payment or credit risk is low. This results in the following characteristics:

Infrastructure – past returns, risk and correlations to other assets, September 1995-June 2016

^ The AMP Capital unlisted Diversified Infrastructure Trust, which commenced in September 1995, has been used as a proxy for unlisted infrastructure. * A correlation coefficient ranges between +1 (meaning that returns move precisely together) and –1 (meaning that two assets move perfectly in opposite directions). Source: Thomson Reuters, AMP Capital

Going forward, infrastructure returns are likely to be lower than they have been. As investor demand has been strong in response to falling interest rates and bond yields and a broader search for yield, many infrastructure assets are being acquired on more expensive valuations. This has led to lower return potential going forward. However, notwithstanding this, infrastructure remains attractive compared to the low returns on offer from bonds and cash. The next table provides a rough guide to prospective returns and risk for unlisted infrastructure versus other assets, over the next 5 years.

* Pre franking credits # Ultra low bond yields suggests that the risk for bonds may no longer be low – but that’s a separate issue! Source: AMP Capital.

The combination of relatively steady and attractive returns and a relatively low correlation to financial assets make unlisted infrastructure attractive for investors. Of course, a risk to infrastructure investments given their yield characteristics is a sharp rise in interest rates and bond yields. So far there is little sign of this, but its one factor investors must keep an eye on.

There are various ways of investing in infrastructure, via:

In common with most of the developed world, Australia is faced with an infrastructure deficit, which has the potential to negatively impact economic growth in the long term if not addressed. Public investment has tended to be limited by budgetary constraints and private investment has not filled the gap. An issue has been that a successful risk sharing model between the public and private sectors to accommodate greenfield demand risk has yet to evolve. Australia seems to be moving to an approach that would see public sector development of higher risk infrastructure assets, with subsequent sale to the private sector after demand is proven. The sale proceeds would then be recycled into new developments. Australia also has some of the best prospects for further privatising remaining publically owned utilities, in contrast to most other developed countries.

However, in a global context, the absence of a strong pipeline of investable projects, high institutional appetite for mature assets and constricted supply will continue to drive up prices.

Role of infrastructure in a diversified portfolio

The average exposure of Australian superannuation funds to infrastructure is around 2-4%, but this masks a wide range from zero to over 10%. Trading off expected returns, risk and liquidity, a balanced investment portfolio could justify up to 10% exposure in infrastructure depending on the allocation to unlisted property. The ideal allocation tends to rise as the risk profile of a diversified portfolio increases. One way to overcome the illiquidity associated with unlisted infrastructure is to consider a mix of listed and unlisted infrastructure. The infrastructure allocation should arguably come from a combination of bonds and equities. In the case of bonds, it is notable that infrastructure, like property, shares similar characteristics in terms of a yield focus and a low correlation to shares. So with bond yields being very low, there is clearly a case to consider infrastructure as a partial alternative. But this shouldn’t be taken to an extreme – given government bonds have zero (or at least near zero) “default” risk in contrast to infrastructure.

Infrastructure provides an attractive investment, offering solid yield based prospective returns and a relatively low correlation to shares making it a good diversifier. With ultra-low bond yields and shares constrained, and the likelihood that we will see continued higher than normal volatility in share markets, infrastructure, particularly unlisted infrastructure, is likely to play a rising role in investors’ portfolios.