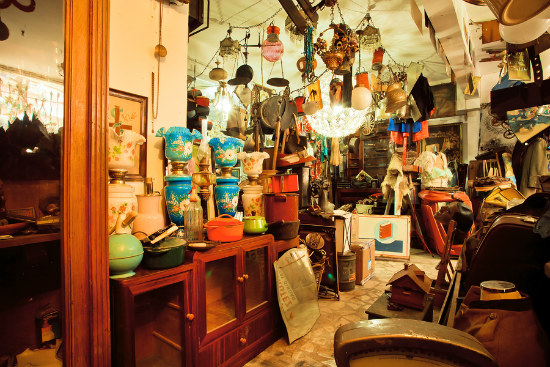 What if you had the inability to let go of objects?

You would be living in landfill, as many people with hoarding disorder do.

Sufferers of this complex psychological disorder are filled with intense fear at the thought of throwing something as simple as a milk bottle lid, which they see value in, away.

They also have this excessive sense of responsibility or duty to maximise an object’s use – it’s too wasteful to put it in the rubbish.

They end up collecting life without living it.

Randy Frost, a psychology professor and US author of the best-selling book Stuff, says hoarding is both a gift and a curse for the patient.

He says the recognition of an object’s potential and not being wasteful are both good attributes.

The curse, however, is it causes people to live in squalor.

“It is aesthetics gone awry and it disturbs peoples lives,” Prof Frost says.

Simply cleaning homes out is not the solution, as evident in the “Bondi hoarders” case in Sydney – where the family involved has prevented their home from being forcibly sold on four separate occasions due to unpaid clean-up costs.

Clearly, the approach in the Bondi case hasn’t worked.

Prof Frost, who spoke at this week’s National Hoarding & Squalor Conference, says there is a simple reason for this.

“We know that forced clean-outs will change the condition of the property temporarily but because they don’t change the behaviour the property is going to go back to that level again.”

After a forced clean-out animosity develops between the authorities and the hoarder, who views their home as refuge from the world.

He says the outcome of the Bondi case is understandable but was perhaps “inevitable”.

He also believes the language used by the media and authorities about the family involved has been “very damaging”.

While there is still a lot to learn about this complex disorder, what is vital is reducing the stigma.

“The one thing that keeps people from coming forward and seeking help is because they are stigmatised,” says Prof Frost.

* Inability to throw away possessions

* Indecision about what to keep or where to put things

* Suspicion of other people touching items

* Obsessive thoughts and actions: fear of running out of an item or of needing it in the future