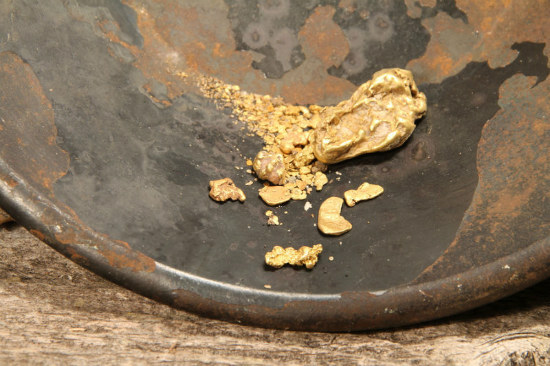 REUTERS -Gold has steadied after falling to a one-week low as downward momentum from stronger-than-expected US jobs figures lost steam, with concerns over negative global economic sentiment lending support.

The payrolls data on Friday reignited speculation that the Federal Reserve could press ahead with interest rate rises later this year.

Gold is highly sensitive to rising rates, which lift the opportunity cost of holding non-yielding assets such as bullion, while boosting the dollar, in which it is priced.

“The US is not hiking rates as fast as we expected them to, and so the macro environment is still favourable to gold,” Deutsche Bank mining analyst Frank Nganou said.

“At the moment, it’s all about central banks and whether they stay dovish. Every bit of information from the US will move gold.”

The US dollar rallied against the yen amid firming bets for a US interest rate hike late this year, US equity indexes receded.

“Last week’s solid US nonfarm payrolls has introduced a degree of uncertainty into the bull market for gold,” said Allocated Bullion Solutions in a report, adding that it is targeting $US1,500 by the end of 2016.

“While we expect the global geopolitical outlook to remain uncertain we are increasingly confident that the US economy is accelerating and that the Federal Reserve will hike the funds rate 25 basis points by year-end.”

“Gold remains overbought … evidenced by large net long positions in COMEX and ETFs, and we feel is vulnerable to further downside in the short term,” MKS said in a note.