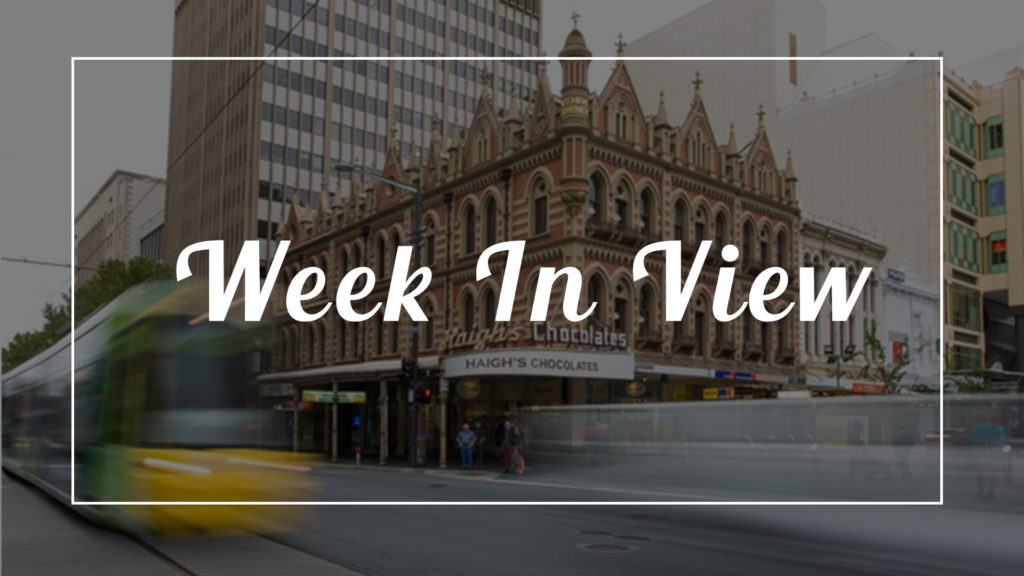 Well, what a week it’s been. It seems things go from bad to worse with the Coronavirus as we slowly get our heads around the magnitude of this pandemic.

Global markets have tumbled again as panicked investors continue to struggle with the economic fallout of the coronavirus pandemic and US President Donald Trump’s ban on European travellers. Markets have turned turbulent amid a cascade of travel restrictions across the globe — and rising concerns the White House and other authorities around the world can’t or won’t do enough to help their weakening economy any time soon.

The S&P 500 and Nasdaq indices lost at least 9.4 per cent each — and have joined the Dow in bear market territory. A bear market is confirmed when a stock index sinks 20 per cent or more below its most recent closing high, signalling a collapse in investor confidence – so we are officially ‘a Bear’!

The US Federal Reserve is expected to cut interest rates for the second time this month at the end of its two-day monetary policy, scheduled for next week. The steep drops over the last month have wiped out most of Wall Street’s massive gains since Mr Trump was elected US President in November 2016. We continue to look at buying opportunities while the market has pulled back and refrain from selling investments that have lost significant value where possible.

Something that may have been lost amidst all the drama, which was Scott Morrison’s address to the nation 2 nights ago. This week’s article takes a look at the stimulus package that was unveiled last night in detail.

There was plenty of material we could have sent but given this is our 3rd email for the week we thought we would lighten a little heading into the weekend.

Please remember we are hear for you and please call or email if you are concerned.

On a busy day of Covid-19 news in Australia, actor Tom Hanks was diagnosed with the virus in a Gold Coast hospital

The Australian government announced a $17.6bn stimulus package, the ASX fell 7.36%, and actor Tom Hanks was diagnosed with coronavirus on the day it was declared a pandemic by the World Health Organization.

A busy day of Covid-19 news in Australia was capped by a rise in the number of confirmed cases to 140 on Thursday, as the Australian Capital Territory confirmed its first case.

The prime minister, Scott Morrison, addressed the nation at 7pm, in a prime-time event not seen since the global financial crisis. In a brief statement, he said Australia was “not immune” to the virus, but was “well-equipped to deal with it”, as he appealed for calm.

“Our plan has three goals,” he said. “One, to protect Australians’ health. Two, secure Australians’ jobs and livelihoods. And three, set Australia up to bounce back stronger when the crisis is over.”

Earlier on Thursday, the Hollywood couple Tom Hanks and Rita Wilson were confirmed to have tested positive for the virus while on the Gold Coast, prompting the Queensland premier, Annastacia Palaszczuk, to declare: “People who have come in close contact with Tom Hanks will now need to self-isolate and quarantine.”

Hanks had been filming in the state as part of Baz Luhrmann’s as yet untitled production about Elvis Presley, while Wilson had also recently performed at the Sydney Opera House and at a South Bank hotel in Brisbane.

Presenters at Channel Nine also entered into self-isolation after the revelation, as they had interviewed Wilson earlier in the week.

Public social media posts showed that the pair had visited Sydney harbour, North Bondi RSL club, the Emporium Hotel in Brisbane and the Gold Coast in the past two weeks.

A spokesperson for the Sydney Opera House said approximately 207 attended Wilson’s performance, including Hanks, and they were conducting “additional on-site cleaning with hospital-grade disinfectant” of the venue.

Palaszczuk also clarified that self-isolation was only required for those in “very close contact” with Hanks and Wilson, and not just fans taking photographs.

“Experts will now work very closely with him with Baz [Luhrmann] and all the cast and the crew and then they will isolate those people who have been in that close proximity,” she said.

“From what the chief health officer has told me it’s over 15 minutes of being in very close contact, so a selfie wouldn’t count as that.”

In Canberra, Morrison announced that 6.5 million people on low incomes would receive a $750 cash payment as part of economic stimulus measures. This includes all welfare recipients and pensioners, and will cost $4.76bn.

The remaining three-quarters of the package will be for businesses, and will include cash payments for businesses, 50% wage subsidies for apprentices and a lifting of the threshold of the instant asset write-off – from $30,000 to $150,000.

Morrison said the package had been “front-loaded” so that $11bn of the package would be “out the door” and into the economy by the end of June. “That’s when it’s needed,” he said.

Experts welcomed the package, but said further payments and increased spending could be needed in future, including in the May budget. Labor said it would support the package, and also called on the government to close schools and mass events to slow the spread of the virus.

The opposition leader, Anthony Albanese, said it “remains to be seen whether these measures will be big enough or deployed quickly enough to prevent job losses, business failures or a more serious downturn”.

Labor are also calling on the government to provide more support for casual workers who may have to self-isolate, while the Greens and the Australian Council of Social Service said the government should have permanently increased Newstart rather than providing this one-off boost.

The government also extended the existing travel bans on China, South Korea, Iran and Italy – and is considering banning travel from Europe, after the US president, Donald Trump, did so earlier on Thursday.