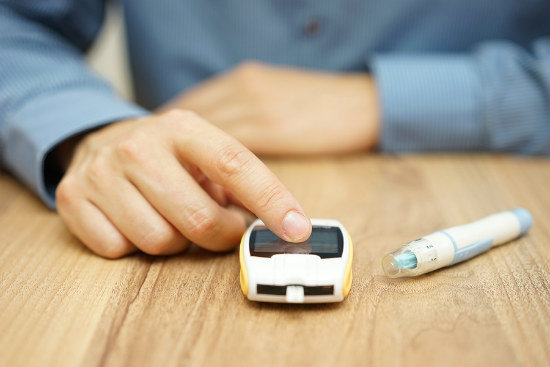 Australia lags well behind other countries when it comes to preventing chronic diseases such as diabetes, cancer and cardiovascular disease, the nation’s first health report card shows.

Australia’s Health Tracker report, released today by the Australian Health Policy Collaboration (AHPC) at Victoria University, has found the rates of obesity, high blood pressure and diabetes have all increased.

Among the key findings; 45 per cent of the adult population isn’t doing enough physical activity, almost a quarter of the population has high blood pressure and a fifth of adults drink “risky levels” of sugar.

For children, 70 per cent of 5 to 11-year-olds aren’t meeting physical activity recommendations. This increases to 91 per cent for those aged 12-17 who are not exercising enough.

On the good side, the number of young people aged 12-17 who smoke daily has decreased since 2011.

AHPC director Rosemary Calder says with one in two Australians having a preventable chronic disease we simply cannot accept that our nation is now one of the world’s fattest.

“Nor should we accept such high levels of risk among Australia’s children, knowing that this will lead to chronic yet preventable illness in their futures.”

Dr Michael Gannon, president of the Australian Medical Association, agrees and says its time to make sophisticated and long-term changes to improve the health of Aussies.

One of these changes would be introducing a sugar tax, which the AMA supports, among a suite of preventative measures such as healthy cooking educational programs to differential taxes on processed foods.

“What we really need is a whole of government, whole of community change in attitude,” Dr Gannon told AAP.

With the majority of Australian adults either overweight or obese, Dr Gannon warns there is “not a single fix”.

But the message is simple, its cheaper to teach kids about healthy living so they don’t become obese adults.

* 44.5 per cent of the adult population is not doing enough physical activity.

* Almost a quarter of the population has high blood pressure.

* More than a third of total energy intake is from junk food in adult diets.

* Almost a fifth of adults drink at risky levels and almost half consume too much sugar.