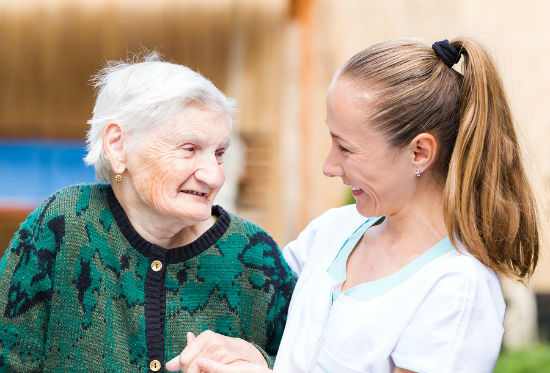 Once a month, a small group of eight or nine people visit the Art Gallery of NSW in Sydney, and it’s not about getting a glimpse of the artwork – it’s part of an arts access program for people living with dementia.

Inspired by a program created at New York’s Museum of Modern Art in 2006, the gallery introduced the art access program in 2010 to help improve the wellbeing of those with dementia, their carers, family members and health care professionals.

Around 40 “access guides”, who have an in-depth knowledge of the artworks, sit with the group encouraging participants to discuss the artworks.

Carer Alanah Jeffries and her husband Tony, who was diagnosed with dementia three years ago, have been participating in the gallery’s program for almost a year.

She said initially she wasn’t too eager on the idea but was shocked by the impact it had on her husband.

“My husband and I aren’t arty people and I didn’t think he would be able to concentrate for too long,” she told AAP.

“But I am often quite surprised at the comments he comes out with and sometimes it is quite astute. It is very impressive.”

A newly published study of the gallery’s program, released on Tuesday, found the program has contributed to the wellbeing of people with dementia by allowing them to experience “in the moment” pleasure by discussing the paintings.

Participants noted specific details, laughed and engaged in discussions around the paintings, or made links with the painting and their everyday lives.

Program co-ordinator Danielle Gullotta said the program helps those living with dementia in different ways and benefits vary from person to person.

“Providing people with the opportunity to think creatively, imagine, talk and share – it allows people to take what they need,” Ms Gullotta told AAP.

“What we hope is that something connects with them.”

According to Australian dementia statistics, more than 353,800 Australians live with dementia, with an estimated 1.2 million people involved in the care of a person with dementia.

The gallery’s head of learning and participation, Heather Whitely, said the experience is not only pleasant for those with dementia but for the family and carers as well.

“The impact and importance is of course for the individuals living with dementia, but I think it also speaks to the point of impact it has for the carers and for them to understand what memory and experiences are retained within their loved ones,” she told AAP.

Ms Whitely said a carer thanked her after noting that his wife, who had severe dementia and very little verbal skills, would observe the details of paintings and join in in discussions during the program.