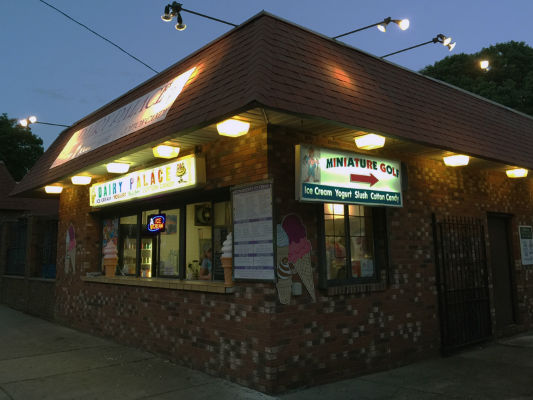 Not many people know about Salem Willows, a tiny oceanfront Massachusetts neighbourhood a stone’s throw from its more famous, willow-less namesake.

And why would they? As an area long associated with holidays and relaxation, it’s completely overshadowed by the more flamboyant tales of witchcraft and hysteria of Salem.

But after a while you may have had enough of the pointy-hat, broomsticked iconography of the town known for the Salem witch trials of 1692, a series of hearings and prosecutions of local people accused of witchcraft – resulting in the executions of 24 people and the incarceration of many more, including young children.

In which case, it’s time to head up the road and enter a place the world seems to have left behind.

I walk down the main strip of Salem Willows, which on one side is lined with – you guessed it, willows – and on the other, a series of retro throwback amusements.

Video arcades, fortune tellers, clam shacks and ice cream parlours are all here, and they’re all soaked with the flavours of yesterday.

Try as they might, carnival lights and sounds can’t distract from the amazing view that comes together at the end of a clear day. Two little beaches at the end of the road provide an endless summer-style grandstand for some of the most incredible sunsets on the country’s east coast.

It’s impossible not to imagine those times long gone: local kids coming to the arcade on a Saturday afternoon to spend a few nickels, the older ones driving down to make out with their sweethearts by the water, a father treating his family to ice-creams because he got that promotion.

So evocative is this place of an era I wasn’t even around for, that at times I’m overwhelmed.

Time for an ice-cream.

In 1906, one of the first ice-cream cones in America was sold right here. The old guy serving me might even have been the vendor. But age equals experience: it tastes damn good. I can almost taste the yesteryear.

From the waterfront you can see the towns of Beverly and Marblehead across the water, and at night the lights of Salem shine behind you, but by then your attentions will have wandered to the arcades.

The games filling out the place are what you’d expect: pinball, gun games, racing games, an abundance of baseball games, and some suspect old rides.

For a nickel, you can watch a “REAL MOVIE!” from the silent age in Salem Willows Arcade’s own moviola viewfinder; now showing is Drunken Outrage.

I think I’ll keep the five cents – I could see that one at home.

But the real treasure here is the fortune teller. Insert your coin, lift the receiver, and he’ll whisper into your ear the secrets of the universe … and your lucky numbers.

“You will discover that it is better to get than to receive.”

Ice-cream, sunsets and now a smartass fortune teller. Now that’s a night out.

STAYING THERE: Salem Willows’ proximity to Salem means you’re better off just staying in town. Check out the town’s bed and breakfasts, inns or Airbnbs.

PLAYING THERE: Admission to the amusement parlours of Salem Willows is free, but the games will cost you. Tokens are available in each arcade, with ATMs on site. Visit salemwillowspark.com for more info.